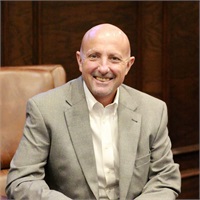 James R. Thompson II has been in the financial industry in the Marshall, Texas area since 1984, serving as a commercial banker / lender from 1984 until 1994. He began his brokerage career with Edward Jones in October, 1994, and worked there until December, 2012 at which time he joined Cornerstone Wealth Management and LPL Financial as an independent financial advisor.  In August, 2019, he partnered with Kenny Knox and Ashley Caudle to form Noble Wealth Advisors, from which he presently serves his clients.

James’ practice is based on one-on-one interaction with clients, focusing on planning for financial concerns using traditional investment strategies and asset allocation models. His primary focus is assisting clients in pursuing retirement goals, as well as, wealth transfer to future generations. James has earned the designation of Certified Retirement Planning Counselor (CRPC) from the College for Financial Planning.

James and his wife Shay were married in June, 1983, and have two children – Katie and Harrison. They enjoy traveling, shopping, sampling food at various restaurants, Texas high school football and spending time together outdoors. Shay and James are active at Immanuel Baptist Church in Marshall, Texas. After serving many years as an elementary school instructor, Shay presently serves as the Assistant Coordinator of Texas Virtual Academy at Hallsville in Hallsville, Texas.